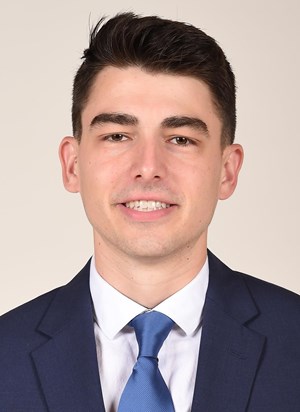 John Papale currently works as a Customer Success Manager at Zappi, an automated market research platform. Prior to that John was a member of the coaching staff for the Men’s Basketball team at Boston University where he also earned a Master’s degree in Project Management.  John has volunteered and participated in numerous fundraising functions to support heart health in both Connecticut and Boston. He has also been behind his family while their mission to bring safety and awareness to sudden cardiac arrest and HCM has grown over the years. During his playing career at BU, John was a four-year starter as well as two-year captain. He also graduated from the Boston University’s Emerging, Veteran, and Legacy Leadership Academy. John earned his B.A. in International Relations with a concentration in international business, economics and politics.